Jewish Federation Invites the Community to "See the Good" at it's Annual Meeting Tuesday, August 30th

Through the year, the Jewish Federation of Greater Pittsburgh has invited the community to “Do Good in the ’Burgh and Around the World” by contributing to the Federation’s Annual Campaign. Now the organization invites the community to the Federation’s annual meeting, to see the good that has resulted through Federation participation. The meeting — Tuesday, Aug. 30, 7 p.m.  — will be at the Jewish Community Center of Greater Pittsburgh, Squirrel Hill, 5738 Forbes Ave., Pittsburgh 15217.

Other individuals the annual meeting will celebrate are three executives who are retiring from prominent Jewish agencies after long, constructive service:

The event will also salute 37 Federation Volunteers of the Year. These individuals, nominated by Jewish agencies, organizations and synagogues on the basis of the individuals’ exemplary volunteer activities, will be recognized as a group. 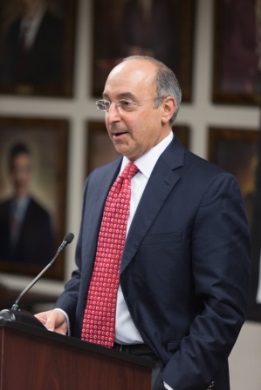 Each year the Federation presents the Emanuel Spector Memorial Award to someone who has given outstanding service to the community in a single year or over many years. This year’s recipient, Stephen Halpern, has a long history of service in and beyond Pittsburgh’s Jewish community.

Mr. Halpern was a trustee of Shady Side Academy and a UPMC Health System board member. He was also a member of the board of Tickets for Kids, which provides event passes to nonprofits serving children. In the international sphere, Mr. Halpern served on the board of Israel Tennis Centers (ITC). ITC is one of the largest social service organizations for children in Israel.

Mr. Halpern — president of Woodland Management, a privately held business and financial services company — holds an MBA from The Wharton School of the University of Pennsylvania. He is a graduate of the Wexner Heritage Program, which offers Jewish learning and leadership development to volunteer leaders in North America.

The Doris and Leonard H. Rudolph Jewish Communal Professional Award recognizes the exceptional commitment of a Jewish communal professional employed by the Federation or one of its partner agencies. The awardee is selected for his or her contribution to improving the quality of services offered in the community and to the enhancement of Jewish life.

The 2016 Rudolph Award recipient, Deborah Winn-Horvitz, has served Pittsburgh’s elderly by bringing 20 years of experience in academic medicine to her role as president and CEO of the Jewish Association on Aging (JAA). Before joining the JAA in 2011, Ms. Winn-Horvitz held leadership roles at UPMC Health System, at which she served as executive administrator for the Department of Medicine. Before moving to Pittsburgh, in 2002, she served Johns Hopkins Bayview Medical Center, where she focused on revenue-cycle management and patient satisfaction.

Ms. Winn-Horvitz serves as a board member of the National Association of Jewish Aging Services, the Faith-Based Network and the Pittsburgh Care Partnership. She is a trustee of the Jewish Women’s Foundation of Greater Pittsburgh and serves the University of Pittsburgh Graduate School of Public Health as a mentor and preceptor.

In 2015, Ms. Winn-Horvitz was appointed to Governor Wolf’s transition team for aging services. The same year, she was a Health Care Heroes finalist for the City of Pittsburgh. Ms. Winn-Horvitz earned a master’s degree in health administration from Sage Graduate Schools, New York State, and completed additional coursework at the John M. Katz Graduate School of Business, University of Pittsburgh.

At the Federation’s Aug. 30 annual meeting, onsite registration will begin at 6:15 p.m. A dessert reception will follow the meeting. (Dietary laws observed.)

Sign language interpretation of the proceedings and large-print agendas will be available. Other accommodations may be made in advance to include differing abilities. Individuals wishing to discuss needs may email ahertzman@jfedpgh.org or call 412.992.5225.

Couvert for the Aug. 30 annual meeting is $5 per person for those who preregister online at www.jfedpgh.org/2016AM. By mail or at the door, the cost is $7 per person. To preregister by mail, send a check payable to Jewish Federation of Greater Pittsburgh to Federation Annual Meeting, 234 McKee Place, Pittsburgh, PA 15213.

The Federation’s annual meeting is underwritten by a grant from the Lillian & Dr. Henry J. Goldstein Annual Meeting Endowment Fund of the Federation’s Jewish Community Foundation.